The proof of an artist’s uniqueness and the impossible task of trying to fathom such uniqueness, which cannot be truly measured, is an exercise in euphemistic futility, a timid prediction upon a visionary and artistic energy that evolves, grows and becomes overwhelming with the passage of time.

I met Daniel Dorobanțu in an inner courtyard, in the old part of the city of Timișoara, 2 decades ago. Tall, discreet but determined, like a Renaissance apparition. I had been told he had interesting ideas, was passionate about the avant-garde, the alternative, the post-punk, the electronic and then the ambiental scene (or as its German creators referred to it – komische Musik). But I never heard his music until a couple of years ago. 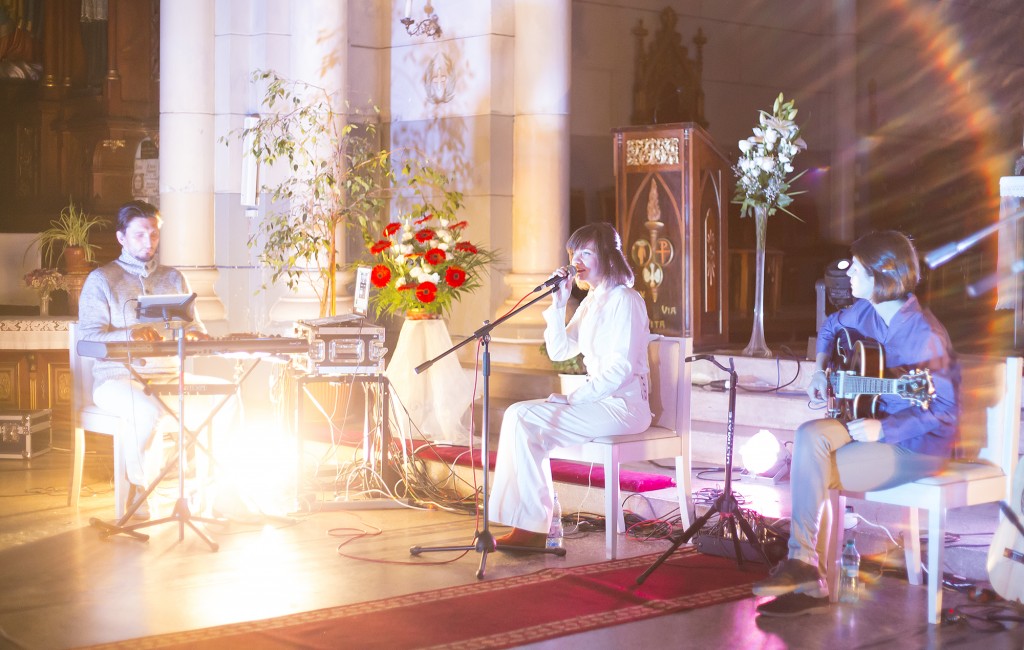 His breakout project was Thy Veils, but after a while he went back to the loneliness of his magnets and created alone in his room, posting a new piece of music, here and there, on the Internet.

The new social media networks meant international collaboration and positive feedback. He came back to Thy Veils looking for the ideal group formula and started playing concerts in clubs.

The stage chemistry inside the creational flux began to crystalize (while the crystals remained liquid) – Radu Pieloiu on percussion, Manuela Marchiș – vocals and Ana Telea – guitar.

Together they forged ahead, looking for mysterious music, music without rules, music which cannot be labeled, music that does not hit, music that permeates. 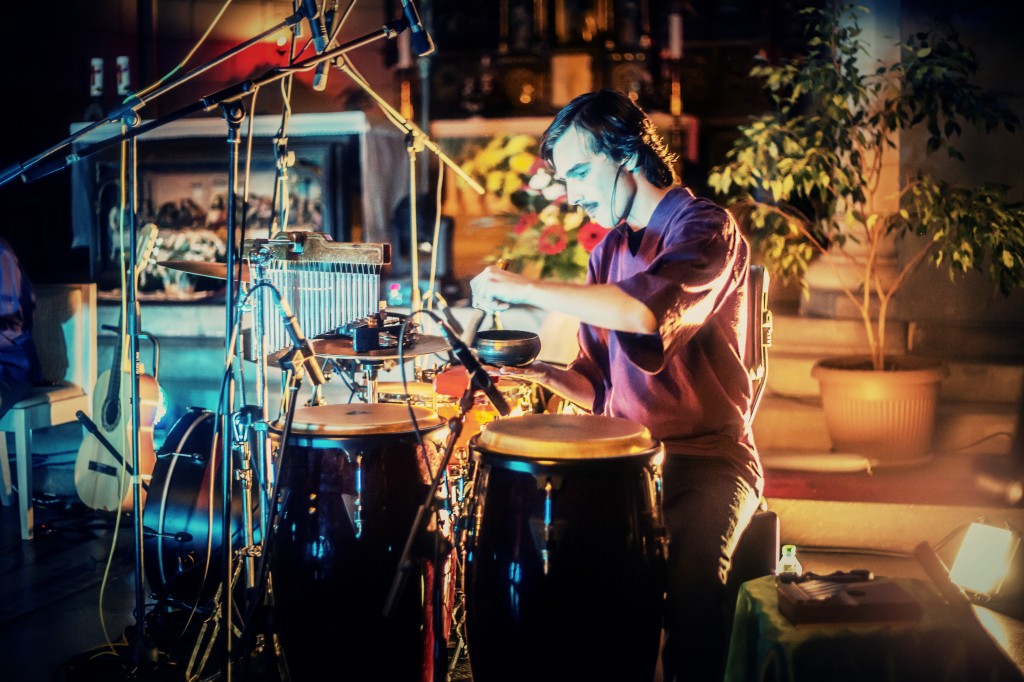 “Each culture has its own brand of mysterious music played by unique individuals and this music cannot be taught in school. It is a sacred music that embraces life” claims jazz musician William Parker. “We can master technique, we can read and interpret any piece of music but that doesn’t mean we can make it vibrate with the intensity that enables us to enter the realm of tone.”

The echo of bells ringing, rippling through the neighborhood park, bushes touched by the wind, doves cooing, the humming of tree beetles or the slow drum of a lost bumble bee, then the huge upright walls of smooth rock and the 2 towers pointing towards the immensity of the blue sky – the Roman-Catholic cathedral in the Elisabetin neighborhood, Timișoara.

The echo of these childhood memories inspired Daniel Dorobanțu to stage a special event – a Thy Veils concert with the accompanying visuals, all set up in the vast and cold interior of the Christian temple. Music as a religious exhalation, mysterious music, faith found in the discreet allure of powerful sound touched by divine inspiration, minimalist but natural, so that it can be considered a sort of “reference point of my theory that minimalism is maximalist” – according to musician Sonic Boom (Pete Kembler), referring to one of his albums done with the group Spacemen 3. 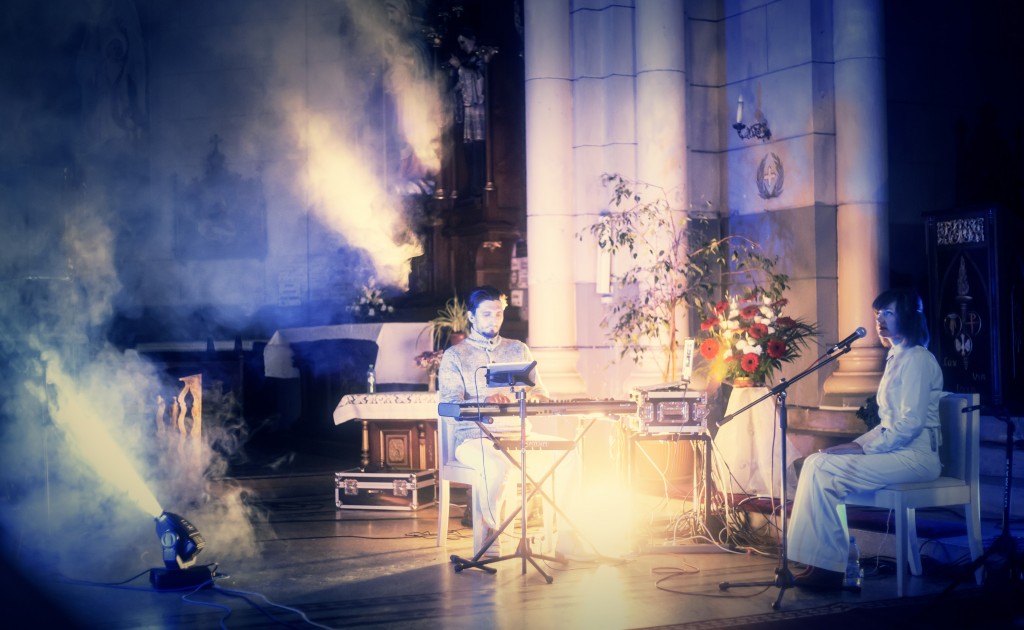 “I knew music could change and affect the world in a deeper way than politics ever could, because music speaks to the soul. Music can change people, spreading from the inside outwards. A musician is a revolutionary” says William Parker.

All important musicians are different, not necessarily original but special. And each of them has something that is their own. Each musician is so to speak, a different universe. Although no one is separate from the world of sound into which we are born, some have an amazing gift that can be honed or ignored, but which can never be created or taught. Those who discover even a tiny bit of this gift can enjoy a part of the universe that will exist only for them. Some have the gift of creating and arranging sound in compositions, others are gifted with the ability to listen and discover the mysteries of music.

Thy Veils start with silence. The silence that’s going extinct in a city which, in this day and age, is only full of construction sites. I’m talking about the silence of the soul. Their vast, translucent songs seem to imply that perfection cannot be replicated; only continued. 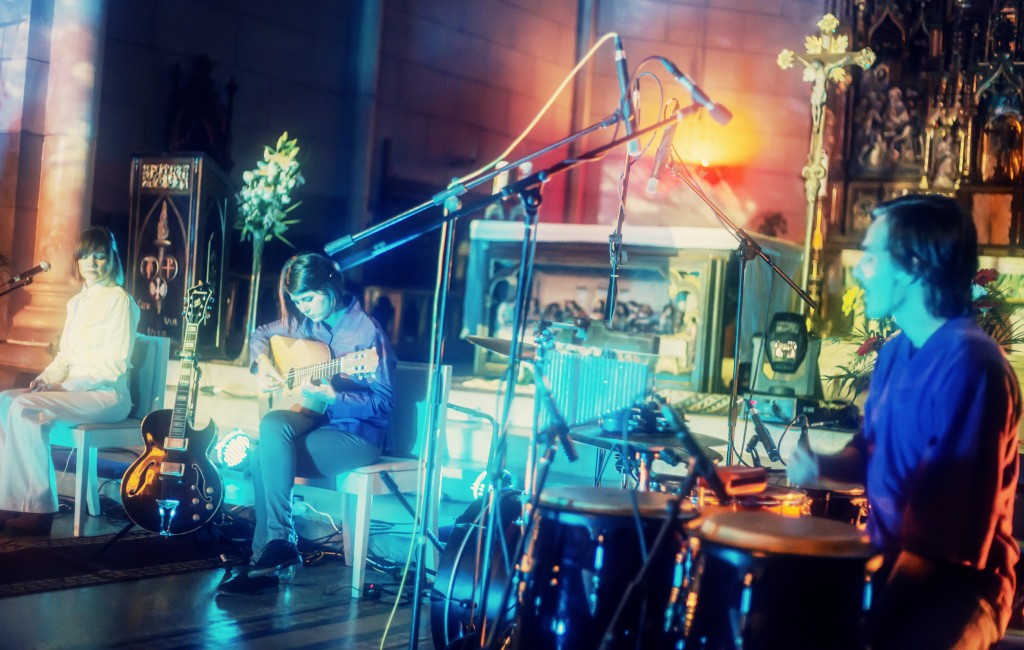 Many musicians in our century destroy music by interfering with its flow. Musicians should learn to work alongside the universe, not against it. The 4 Timișoara natives understood, or simply felt, this, and in the cathedral in Laho (N. Bălcescu Square was once named Lahovary Square) raised the silence of the soul subtly, unperceivably but impressively, to the heights of towers piercing the sky „from the inside outwards”.

The music of Thy Veils is not promoted in any way (in the media, culturally, through funding etc.) because it’s not as easily accessible as pop music – it demands a bit of effort from the listener in order that he/she may discover this music and through it, themselves.

Life’s short and there’s no time for being depressive or going insane. It’s everybody’s responsibility to use every moment for reaching the essence of existence.

Music is life and life is magical, in its every moment.

”Life is people” as Bill Fay’s (singer/songwriter) father put it and how his son remembered it being put, when he named his album, many years later.

published initially in the “Timișoara” newspaper on 20.02.2015 and reproduced here with the author’s consent
translated from Romanian by Andrei Ursu